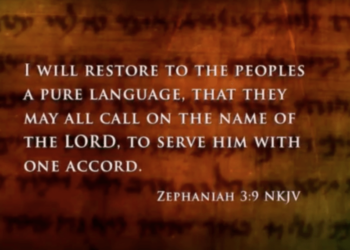 The Legacy of Israel

Embedded in the Language

It was 15 years ago when I first heard about Eliezer Ben-Yehuda, the man who took on the task of bringing spoken Hebrew back to Israel after a 2,000-year period of hibernation. Now, to hear the full story through the living legacy of his grandson, Rabbi Eliezer Ben-Yehuda, is simply amazing. CBN has done a fantastic job in this documentary! END_OF_DOCUMENT_TOKEN_TO_BE_REPLACED 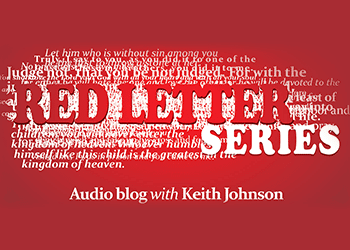 The Wait is Almost Over!

I have been waiting for quite some time to begin this brand-new BFA International series that, to be honest, has been the most difficult one to launch. Not because of the complexity of the content or the production process, but because of something much more elusive. 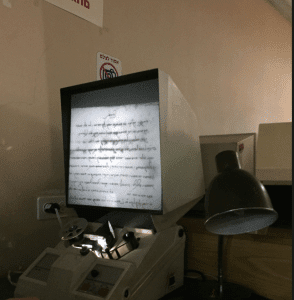 For the past decade I have been quite captivated by the Hebrew Gospel of Matthew and have had the rare opportunity to witness, up close and personal, my co-author Nehemia Gordon announce the discovery of more and more Hebrew Matthew manuscripts. At last count, I think he had gathered close to 30 texts from libraries all over the world. I have been honored to have spent time in the basement of the Israel National Library with Nehemia on numerous occasions looking at Hebrew manuscripts of Matthew and we have occupied countless hours discussing variant readings. END_OF_DOCUMENT_TOKEN_TO_BE_REPLACED 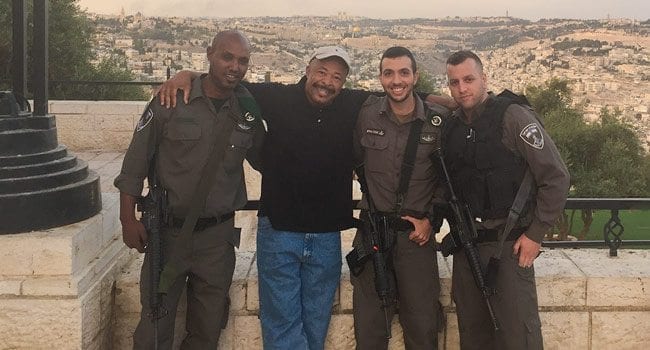 Why I Stopped Three Israeli Cops

Pray for the peace of Jerusalem:
“May those who love you be at peace.”
–Psalms 122:6

Within an hour of arriving in Jerusalem I was stopped by armed Israeli security asking for my ID. The next morning I went for a walk and this time when armed soldiers saw me they crossed the street to interrogate me. After answering their questions, I asked why all the curiosity. They explained that I was 300 yards away from where a terrorist attack had just happened—right in the area I was walking from! One of the soldiers suggested that I go and stay in my hotel room. After following his advice for a few minutes, I ventured out again and promptly had my third encounter in 24 hours with armed security. This time it was dark and I engaged them before they could ask me anything.

That’s when I decided to “lean into the environment” and try to do my part in offering calm in the midst of tension. After looking at a Jerusalem map I understood that where I had been walking bordered two East Jerusalem Arab neighborhoods where some of the attackers had come from. I also realized why there were heightened security measures after seeing the success of terrorists who had gotten close enough to stab or steal guns from security personnel. I have been reminded that these young men and women have been placed in the line of fire, not by choice, but by the requirement to serve their country and provide security for Jews, Muslims, and even unaware tourists who don’t know where they are walking—everyone!

So in the midst of the growing panic in and around Jerusalem, I took a walk to a place where I could pray over the entire city, including the Arab neighborhood of Jabel Mukaber, which is a short distance from my hotel. That’s where I found these three guys who looked like they needed some encouragement. So this time I stopped them . . . and told them thank you! 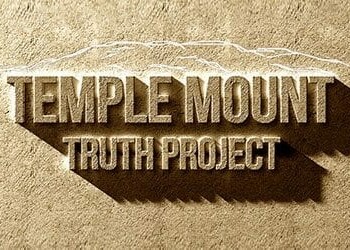 Join us online for the celebration!

SUNDAY OCTOBER 18th 5:45-7:00 p.m. Jerusalem time (10:45 a.m. eastern USA) Yehudah Glick is hosting “Survival and Celebration” at the Menachem Begin Heritage Center in Jerusalem, marking one year since he survived an assassination attempt at the same location. Pastor Keith Johnson, a close friend of Glick and the Temple Mount Heritage Foundation, will host the live stream of the event in English, which will feature interviews and footage of the event. For those who missed the live event, here is the edited version we created just for you. ENJOY!

While we count down to the live event from Jerusalem, take a look at this compelling video!

“Who May Ascend?” Israel’s most talked-about Temple Mount activist, Rabbi Yehuda Glick, ascends the Temple Mount with 50 Jewish pilgrims on the eve of Shavuot/Pentecost.

Click the picture of Yehudah in order to be taken to the “Who May Ascend?” video. 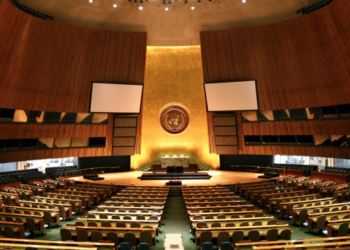 A Word for the World…

As world leaders gather at the United Nations in New York City during this important biblical seventh month, I have found a 6-year-old that has a short but compelling message they NEED to hear. In fact, this message may be for you too! 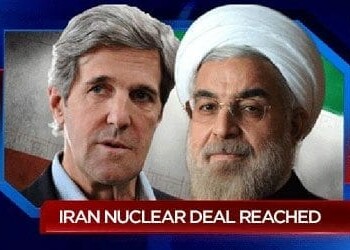 A Deal with the Devil?

Six “world powers” have made a deal with Iran, and Israeli leaders are not pleased. Prime Minister Netanyahu is calling the new nuclear deal “a stunning historic mistake” and Education Minister Naftali Bennett is saying: “Today a terrorist nuclear superpower is born, and it will go down as one of the darkest days in world history.” Is the Iran agreement a deal with the devil or is the devil in the details? Or maybe it is not a deal at all. Only time will tell. In the meantime, here is a short 3-minute video that gives some basic facts about this nuclear “deal” for you to consider.

THE BFAI Audioblog is now featuring Prophet Pearls on the “podcast” app. If you have an iPhone, iPod, or iPad…
Subscribe to the BFA Audioblog on iTunes now
Connect with Keith on Facebook or Google+ 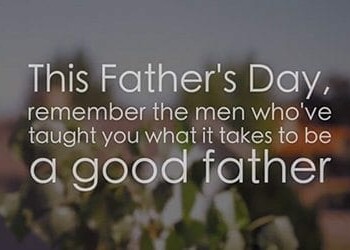 I love Father’s Day because it reminds me of the awesome gift of fatherhood and of my Heavenly Father’s love for me! Find a father this weekend and give him a hug from all of us who appreciate the mantle that he carries!

THE BFAI Audioblog is now featuring Prophet Pearls on the “podcast” app. If you have an iPhone, iPod, or iPad…
Subscribe to the BFA Audioblog on iTunes now
Connect with Keith on Facebook or Google+ 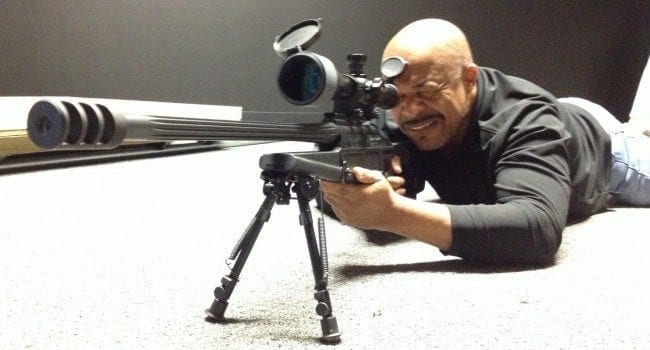 In the 13-year history of Biblical Foundations Academy, our team is as focused as we have ever been! I am back in Shanghai, China, working on a new initiative, but before I left headquarters in Charlotte, I completed my part on two major projects that will take our mission of “inspiring people around the world to build a biblical foundation for their faith” to new heights and depths!

I am sincerely asking that you pray for our team as we continue working and walking through open doors. I also strongly suggest that you encourage family and friends to subscribe to our free newsletter right away. We don’t want anyone to miss what is coming over the next few weeks.

While you wait, take advantage of what is happening every week on Prophet Pearls: Exploring Biblical Prophecy for Yesterday, Today, and Tomorrow. The word on the street is that people around the world are tuning in and being blessed with information, inspiration and even revelation.

Done watching, listening or reading? Sign up as a free member to get updates and listen to past audioblogs and so much more: BFA International Blog 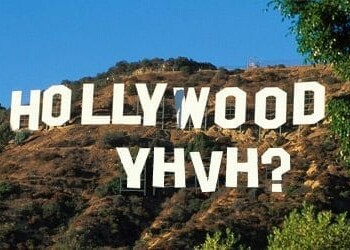 Therefore behold, I am going to make them know —
This time I will make them know
My power and My might;
And they shall know that My name is… —Jeremiah 16:21

Have you ever seen a movie star try to spell God’s name? This movie scene has quickly become one of my all-time favorites! While you check it out, we are excited to make a special announcement.

This weekend begins the 30-day countdown to the launch of the BFA International Biblical Hebrew Audio Course for beginners! That’s right folks, we are finally taking the plunge by preparing a course that will keep you busy learning biblical Hebrew for the entire summer and possibly even beyond! The course will launch June 1st at BFAInternational.com and you are invited to take it for a test drive. We are going to make the first lesson available to our BFA International friends—that’s you—beginning May 29th.

Be on the lookout for that exciting email announcement and invite family and friends to register with us so that they can get the scoop and stay in the loop . . . unless you want to keep this good news to yourself. By the way, if you want to know more about God’s name, take a glance at the right side of this page and click on the His Hallowed Name graphic. After you watch that 12-episode television series you will know exactly how to spell and speak the name that He is making known in our generation!