Inspiring people around the world to build a biblical foundation for their faith.

The vision of Biblical Foundations Academy, International began to take shape in the ancient tunnels under the Old City of Jerusalem. Seeing the massive foundation stones that support the Western Wall inspired us to begin creating material for those who are seeking a biblical foundation for their faith. Since receiving the vision in Jerusalem there have been many opportunities to provide information, inspiration, and revelation to people around the world through television, radio, books, internet, DVDs, and live presentations.

Keep up the battle-you are on the front lines. We pray that your quest will ultimately bring forth the remnant of restoration so needed in our churches today. Bless you!
- Nancy and Mike

We believe in providing biblical information, inspiration, and revelation that can change peoples’ lives. We believe that the world-famous Lord’s Prayer—in its original language, history, and context—is a life-changing message for Jews and Gentiles alike to get back to the Word of God and its application for His people. We also believe and practice the words of Jesus when he answered that the most important message in Scripture is to love the Lord our God with all our heart, mind, and strength, and to love our neighbor as ourselves. It is our prayer that those we reach will desire to become like Ezra, who set his heart to study the word of God, to observe it, and to teach it to His people (Ezra 7:10). 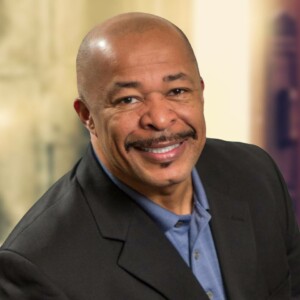 Keith is an author, international speaker, and founder of Biblical Foundations Academy International. He has been involved in a wide variety of ministries, including being a Methodist pastor, a professional sports team chaplain, a television and radio host, and a tour leader in Israel. Keith holds an undergraduate degree from the University of Minnesota, a master’s degree from Trinity Evangelical Divinity School in Illinois, and has completed an intensive Hebrew language course at Hebrew University in Jerusalem.

But most of all, Keith loves our heavenly Father and His children—that’s you!

We said it, we meant it and now it's happening all over the world!

Since the launch of our public ministry, we have been quite engaged with people around the world. As an example, take a peek at one of our banner years. The calendar year 2014 was a busy—and productive—year at BFA International. Record-breaking website activity, more than 41,000 videos viewed, two teaching series aired on international television, 14 op-ed articles, and the new biblical teaching tool Scripture Bytes was being used around the world!

Take a moment to see for yourself an example of what BFA accomplished in 2014. Since then we have expanded our reach through adding even more to our Premium Content Library including a new Biblical Hebrew audio course and several exciting audio and video series. We hope you’ll be as encouraged as we are as we continue our mission.

Inspiring people around the world to build a biblical foundation for their faith. Click here to view the bulletin! 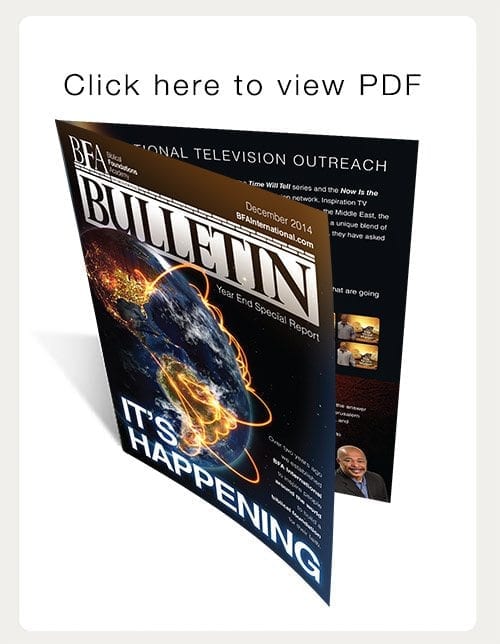