Putting our collective heads together and our hands to work, the BFA International team created an innovative Bible teaching format called Scripture Bytes, examining “byte-sized” portions of Scripture. We hope you will grab your Bible and your notebook and start digging deeper into the Scriptures today!

The “Three-T” Miniseries
“Understanding His Clock” – Imagine having an appointment with God but not knowing when it is scheduled. Great news! The Creator placed His clock and calendar in the sky for all to see.
“Understanding His Word” – What picture comes to mind when you hear the term “God’s law”? What if the original meaning would cause you to see a new picture? The Hebrew word behind the English term “law” paints a beautiful picture filled with colors of power, practicality, and purpose.
“Understanding His Name” – Are you interested in receiving a blessing? What if God intended to bless His people through speaking His name? Keith Johnson has been able to uncover some information, inspiration, and revelation in Scripture that has caused him to stop tiptoeing through the tulips of tradition and proclaim God’s name everywhere he can!

“Ten Matters That Still Matter” Series
How can we know what is important to God? Wouldn’t it be convenient if He had given us a list of matters that really matter to Him? Actually, He has given us just such a list, though it is often overlooked in today’s religious, moral, and philosophical debates. That list is commonly known as the Ten Commandments—or more precisely, the “Ten Matters” that still matter to God. In this 10-part series we’ll take a closer look at each one of these key matters, examining context and language to see what God says about what is important to Him.

Also included is the introductory episode “Passport from Heaven” 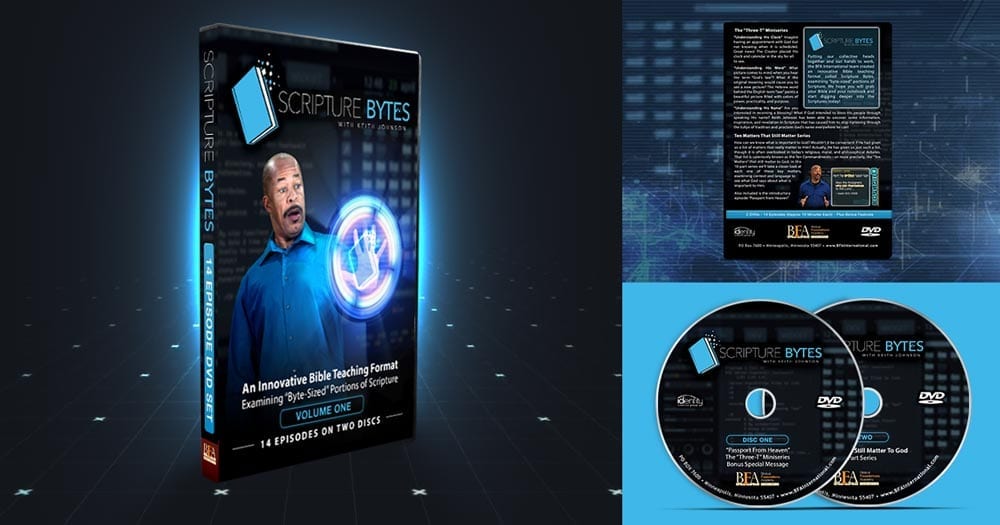